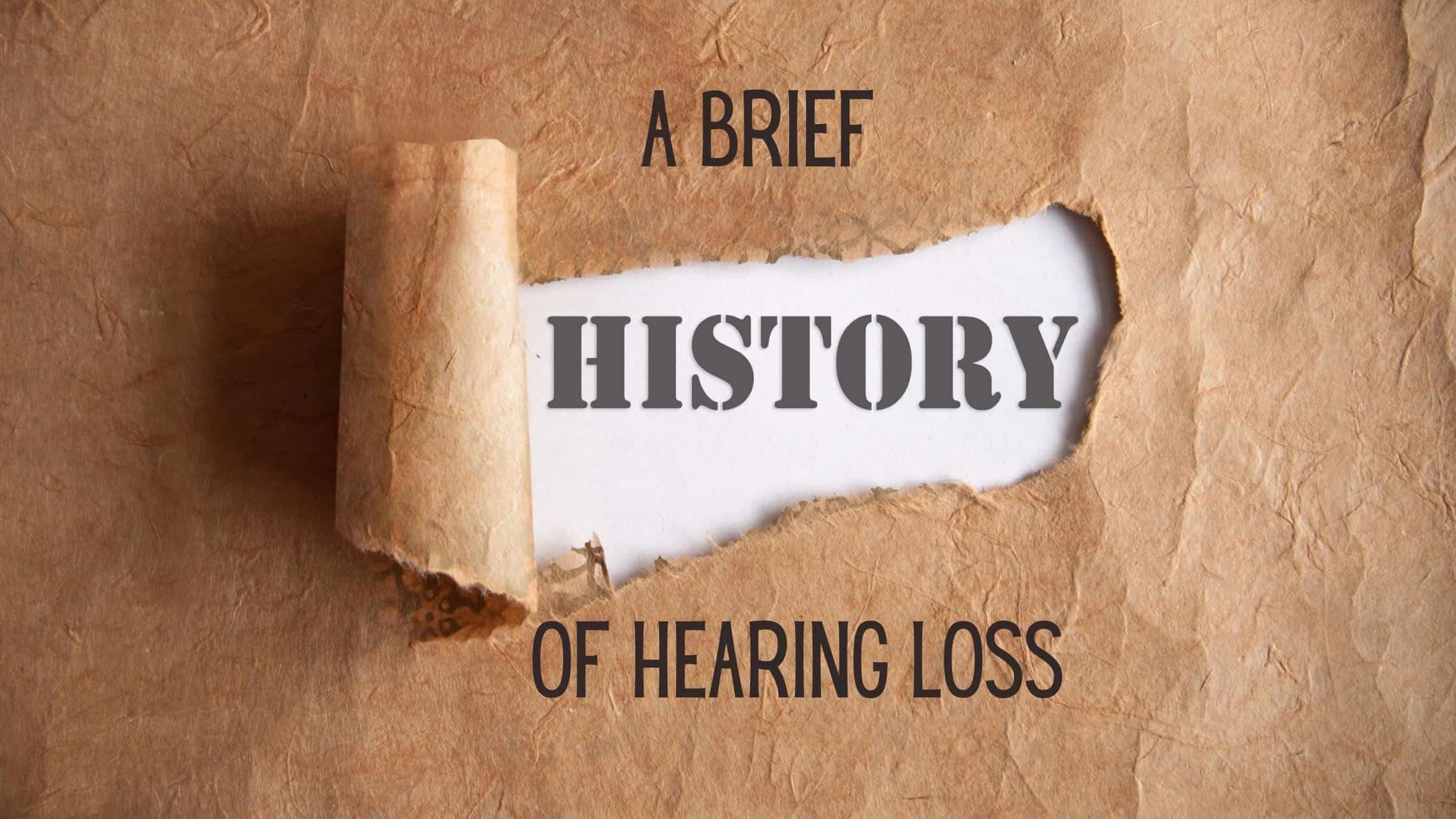 It is estimated that over 5% of the world’s population, or 430 million people have disabling hearing loss. With advancements in hearing aid technology, there has never been a better time to have hearing loss. Understanding where we’ve been in the past with hearing loss, can give us an idea of how far we’ve actually come. Looking back on the history of hearing loss, there is very little documentation when compared to modern-day.

The earliest mention of hearing loss in written history was found in an Ancient Egyptian medical text referred to as the “Ebers Papyrus.”  It is estimated that this document dates back to 1550 BC and describes an ancient prescription for the “ear-that-hears-badly”. The recipes include bat wings, ant eggs, red lead, goat urine and olive oil. While a drop of olive oil is still a common remedy for clearing excessive earwax in a warm shower, the other ingredients read in modern day as some sort of superstitious spell.

Dating around 350 BC, Plato noted in writing theories that intelligence and the ability to speak were linked. He suggested that a deaf person with congenital hearing loss (hearing loss at birth, before learning to speak) could not be intelligent. This is a good example of how some of the most important historical figures are not only incorrect but distributed ideas of intolerance of those with hearing loss. There is as much to unlearn from past historical figures as there is to gain.

The earliest reference to sign language is traced to 10th century monks in Burgundy. Sworn to a vow of silence, these monks created a series of hand motions to communicate silently. This practice spread, leading the Spanish Benedictine monk Pedro Ponce de Leon to develop the first school for the deaf in the mid-16th century.

In the early 17th century, the first aid for hearing were ear trumpets. These trumpets were a sort of funnel, which was held up to the ear canal to amplify sound. While not the most effective, these were mass produced and used commonly by the end of the 17th century.

The first actual hearing aids were designed using technology from Alexander Graham Bell’s 1876 invention of the telephone. These could control volume, frequency and distortion of sounds. By 1898, Miller Reese Hutchison designed hearing aids which incorporated electricity to amplify weak signals and by 1920 the first commercially manufactured hearing aids were released at the world’s fair.

Hearing Aids in the 20th Century

In 1948, inspired by technology used during WWII, hearing aids continued to become tinier and tinier with the creation of the transistor. This allowed more power in a much smaller and portable body. These devices continue to become smaller and smaller with discovery of the microprocessor and the multi-channel amplitude compression, in the 1970s. Ten years later in the 1980s high-speed processors and microcomputers made hearing aids faster and smaller and by the 1990s the first all-digital hearing aids were being tested.

The Future of Hearing Aids

Currently, hearing aids offer digital technology, which can amplify nuisance sounds, specific to an individual’s hearing loss. They offer many features including background suppression, Bluetooth compatibility, and even Artificial Intelligence, which can learn and adjust to your listening environments. It is estimated that by 2050, over 700 million people – or one in every ten people will be dealing with hearing loss. While the causes of hearing loss may rise, the tools we will develop at a faster and faster rate will be able to help us in the future.