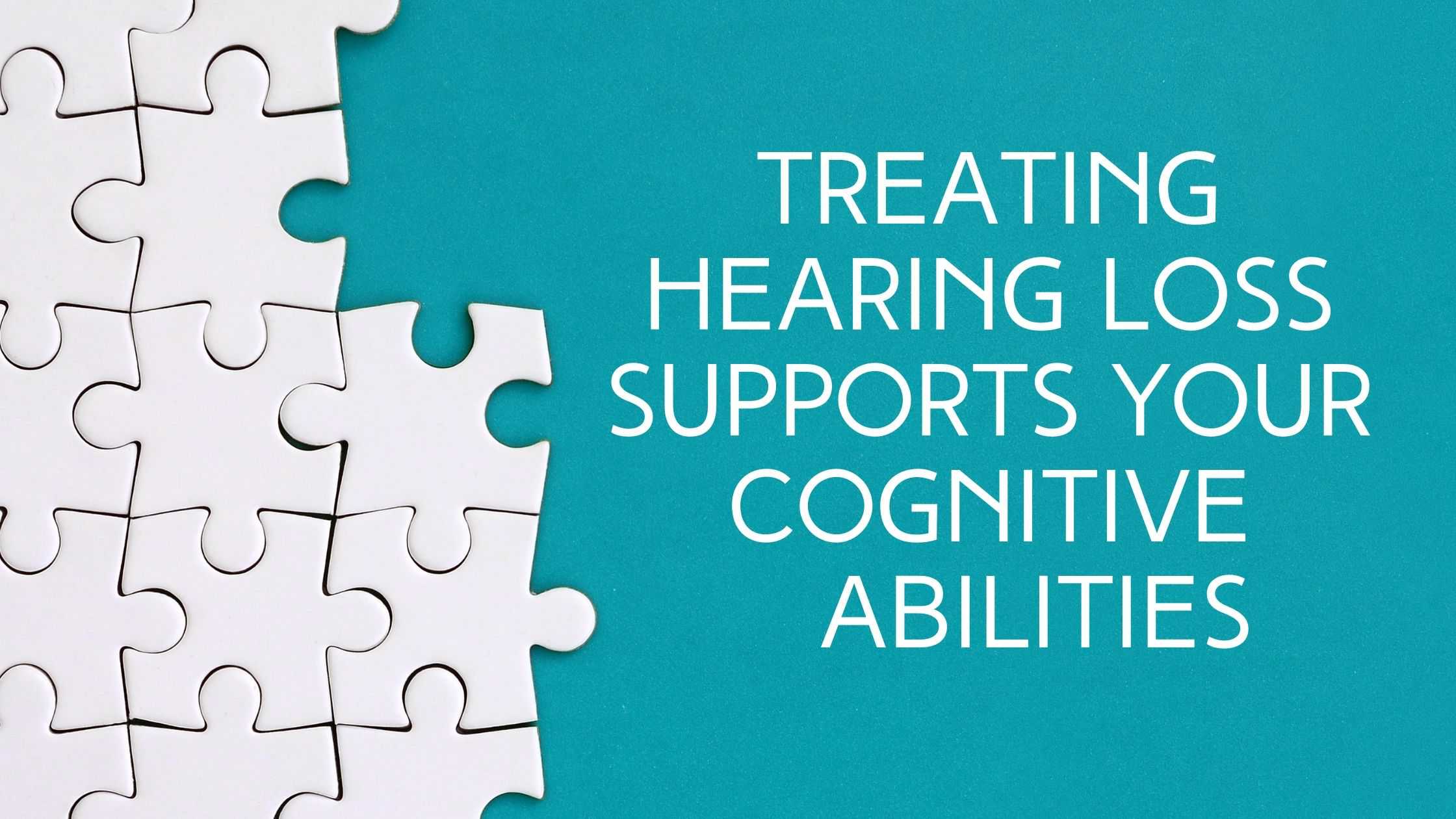 Hearing loss not only takes a toll on hearing capacity but also cognitive abilities. The ears and brain work to absorb and process incoming sound information. So the presence of hearing loss impacts the entire auditory system which consists of the ears and brain. Hearing loss affects over 48 million people and is the third most common chronic medical condition that older adults navigate today. Though it is pervasive, it is often underdiagnosed because it typically occurs gradually so it can remain unnoticed for quite some time. Additionally, it can be challenging to acknowledge changes to hearing health. But early intervention and treatment not only improves hearing health but supports brain health!

Extensive research shows a correlation between untreated hearing loss and dementia. Dementia refers to a group of medical conditions that are characterized by cognitive decline – reduced capacity to remember, make decisions, problem solve, learn new things etc. There are various types of dementia including Lewy Body, Parkinson’s, and Huntington’s. The most common type is Alzheimer’s which makes up 60-80% of all cases of dementia according to the Alzheimer’s Association.  Nearly 6 million people have Alzheimer’s, a progressive condition that often starts with minor memory issues and can evolve into an inability to navigate independently.

Hearing loss increases the risk of experiencing cognitive decline, which can accelerate the onset of Alzheimer’s.  One of the most significant studies that illuminates this correlation was published in 2019 in the Journal of the Alzheimer’s Association. Researchers conducted an 8-year study that included 10,107 participants who did not have any cognitive concerns at the onset of the study. Over the duration of the study, researchers found that cognitive decline was:

These significant findings highlight that not only is there a link between hearing loss and cognitive decline but also that the severity of hearing loss, increases the risk of its development.

How Does Hearing Loss Impact the Brain?

Hearing loss can impact the brain a few different ways that can lead to cognitive decline. A useful study that explores this link was conducted by researchers at the University of Colorado. Published in 2015, the study evaluates the ways in which the brain processes and responds to hearing loss. To do this, researchers facilitated electroencephalographic (EEG) tests on people who were navigating different degrees of hearing loss. EEG testing uses small sensors (placed on the scalp) to record brain activity in response to stimuli. The stimuli in this study was sound which was played for participants as their brain responses were captured. In analyzing the results, researchers found that compared to adults without hearing loss, people with hearing loss experienced:

After studying the use of hearing aids on nearly 100 participants, researchers found that, “97% of participants showed either clinically significant improvement or stability in executive function (mental ability to plan, organize information and initiate tasks)”. This highlights that hearing aids support cognitive abilities which reduces the risk of cognitive decline. Researchers found that speech perception, listening, and quality of life significantly improved for nearly all of the participants.

Prioritize your hearing health today by scheduling an appointment with us for a hearing test!