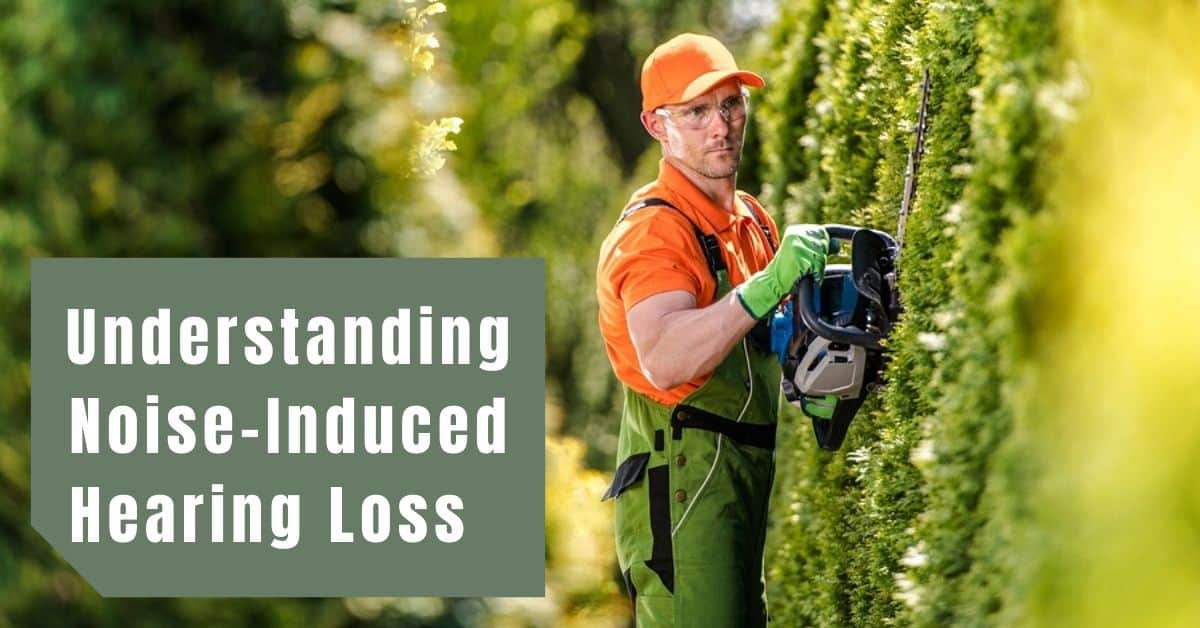 Noise-induced hearing loss (NIHL) is any hearing loss that is caused by sound. When most of us think of NIHL, we think of veterans of war or rock stars– people who have been exposed to especially loud sounds. While it is true that occupational hazards are often the cause of NIHL, the problem is not confined to battlefields and concert arenas. In fact, 17% of American teenagers have measurable hearing loss in one or both ears. Earbuds, city streets, and even home entertainment systems are just a few modern causes of NIHL. While OSHA regulations have helped to stem the tide of NIHL among American workers, our world remains full of potentially harmful sounds, and our social norms encourage routine unprotected exposure to them.

As mentioned above, NIHL is hearing loss that is caused by noise. It could occur instantly after exposure to a catastrophically loud sound, or slowly over many years of exposure to sound that didn’t even seem loud at the time. Inside the ears, this can be a number of effects from a number of causes. A quick burst of extremely loud sound could rupture the eardrum or crack the ossicles (the three tiny bones in the middle ear, each about the size of a grain of rice). It could also harm the tiny hair-like cells inside the cochlea in the inner ear, called “cilia.” It could even damage the myelin sheaths around the auditory nerve, reducing the bandwidth for sound information to travel to the brain and causing “hidden hearing loss,” where a patient will have apparently normal hearing in a testing environment, but then be unable to make out speech in everyday situations.

Slowly-acquired NIHL is most often the result of damage to the cilia. While some genetic predispositions or nutrient deficiencies can make the effects of noise more damaging here, the main cause is the noise itself.

How Loud Is Too Loud?

While sound that causes pain to the ears is an obvious cause of NIHL, there is a large range of quieter sound that, while not painful, still causes hearing loss. In fact, sound levels don’t become painful until they reach about 120 dBA (decibels A-weighted, a unit for measuring the level of sound in the air). For reference, that’s about the loudness of a nearby siren, and fireworks can get up to 160 dBA. Hearing loss can occur after exposure to sounds as low as 85 dBA (about the loudness of a lawnmower), though it takes around 8 hours for sound at that volume to cause permanent hearing loss.

In a difference of 12 dBA (85-97), we’ve gone from taking 8 hours with a lawnmower to cause hearing loss to only a half hour at a newspaper press. Remembering that sound doesn’t become painful until it reaches about 120 dBA, that leaves a huge range of even louder but still painless sound that causes hearing loss in just a few minutes. Just a few hundred years ago, it would be rare to encounter sound at that volume, but in modern life it is a near-daily experience.

What Can We Do to Protect Ourselves?

There is a variety of hearing protection equipment available for many different uses and loudness levels. There are very good earplugs that can be bought for around $15 and don’t change the character of incoming sound too much. It’s a great idea to get a set of these and carry them around, in case you need to spend even a few minutes in a loud environment. Cover your ears when a vehicle with a siren drives past. Get a hearing evaluation regularly; if it is found that you have lost some hearing, you can make any necessary changes to your lifestyle to prevent further hearing loss. Remember that most types of NIHL are preventable but incurable, so protect yourself from loud sound.

In order to receive a free CapTel phone, federal law requires proof of hearing loss. Your hearing must be tested by a professional.

Schedule an Appointment with a Hearing Professional