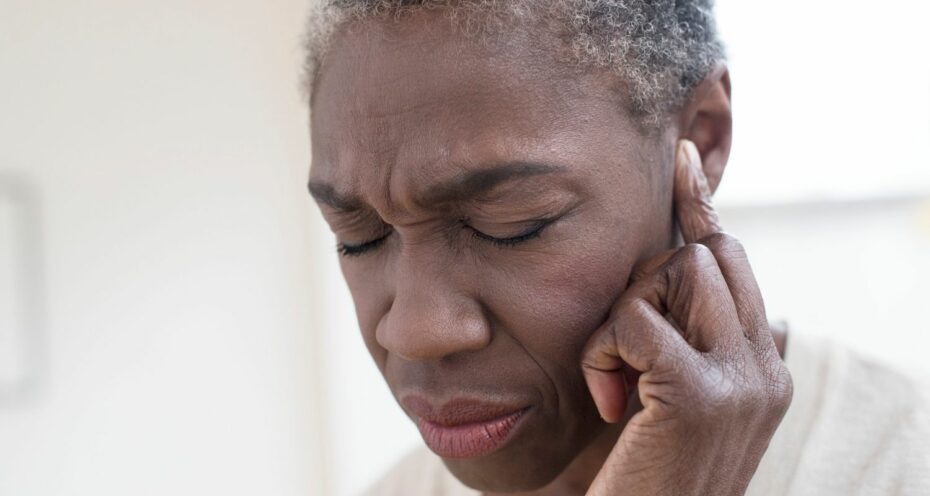 Do you ever find yourself up at night in what should be silence only to be confronted with a persistent buzz or ringing in the ears? This is the symptom of tinnitus, a phantom sound with no external source. Often heard as a ringing of the ears, tinnitus can take on many forms including buzzing, humming, swooshing, roaring, or even music. The U.S. Centers for Disease Control estimates that nearly 15% of the public — over 50 million Americans — experience some form of tinnitus. Roughly 20 million people struggle with burdensome chronic tinnitus, while 2 million have extreme and debilitating cases. For those with more acute forms of tinnitus it can cause stress, concentration issues and interruptions in sleep.

Unfortunately, tinnitus is very challenging to diagnose and treat. To this day there is no consensus on what causes tinnitus. Many experts suspect a strong connection between hearing loss and tinnitus. While not everyone with hearing loss has tinnitus, 90 percent of people who suffer from tinnitus have hearing loss. The most common type of hearing loss is sensorineural and is cause when damage is sustained to tiny cells of the inner ear which are the sole transport of sound to the brain. Damage to the cells of the inner ear is a widely held theory as to the cause of tinnitus as well. When cells become damaged it’s believed they send a sort of feedback to the brain which is believed to be interpreted as symptoms of tinnitus.

While there is no cure for tinnitus there are several methods which may be effective in making symptoms less prominent in your consciousness. The goal of many of these treatments is to divert your attention away from the ringing of tinnitus so you can focus on other things in life.

Identify What Instigates Your Tinnitus

Everyone can suffer from tinnitus in unique ways and it’s hard to track at time. However keeping a log of your tinnitus can help you identify contributing factors, which can make it come on worse. This can include foods you’ve consumed, drinks or medications.

If you are a smoker, you are probably aware of the many health risks associated with the habit. However, they are all being illuminated with the hope that you will take your health seriously and protect yourself in the long run. Apart from dangerous side effects of tobacco use and smoking such as cancer, heart disease, stroke, lung diseases, diabetes, and chronic obstructive pulmonary disease, smoking can also cause tinnitus. This is because smoking acts as a stimulant and restrains blood flow which can worsen tinnitus symptoms. In fact, research shows that smokers are 70 percent more likely to acquire some type of hearing loss compared to non-smokers.

A lot of us love a cup of coffee or even a caffeinated tea at the start of the day, but if you drink caffeine throughout the day it can get out of hand. It can increase stress, contribute to headaches, and even cause tinnitus.

This might be shocking to many, but many have found relief from their tinnitus in the form of meditation. Meditation is the practice of being. Try just being in your body and simply avoid distracting thoughts. It’s harder than you may first suspect, but many have found that the hum of tinnitus simply slips away with regular practice.

Often tinnitus keeps us awake and ironically sleep deficiency is a known trigger for making tinnitus worse. Do what you can to get the sleep you need. It will lower your stress and make it easier to deal with tinnitus during the day or whatever else comes your way.

When settling in to sleep it’s often the sound of tinnitus which can keep us up. If you can relate, try masking the sound with something more pleasurable. It could be music or radio, or it could be an ambient sound such as a white noise machine. Many play the sounds you love the most like the waves crashing at the ocean or falling rain to help you sleep through the night. If you are a hearing aid user, many now come equipped with tinnitus masking features you can use during the day as well to help you focus on the task at hand.

If you have tinnitus, it may be likely a symptom of hearing loss. To address both symptoms don’t hesitate to schedule a hearing exam with us today.