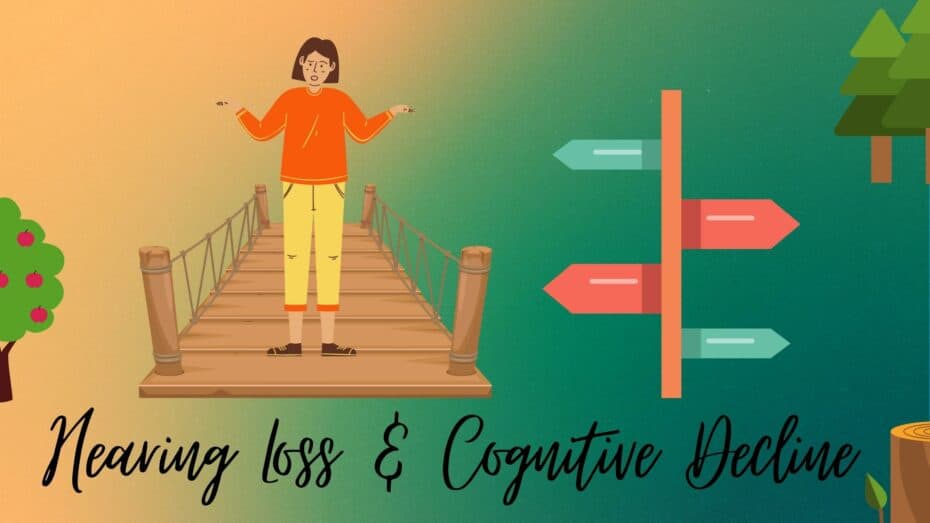 It’s normal for our cognitive ability to decline as we age. It usually starts in our mid 40s or 50’s and slowly continues. It’s typical for issues to surprise us as we age, such as sometimes forgetting details, taking longer to learn new things, and difficulty concentrating or focusing. People often mistake this decline with Alzheimer’s and other forms of dementia, but they are two different things. Dementia is not a normal side effect of aging, but a devastating neurogenerative disease, which effects memory and the ability to complete simple everyday tasks. While we may not be able to stop the effects of aging on the brain, there are things we can do to improve brain function which can also help to avoid the development of dementia.

There are several factors which can preserve your cognitive health. Some of the most common factors include:

Another aspect to lower the risk of cognitive decline, which also affects many of these previous factors, is addressing hearing loss. Hearing loss is commonly underestimated and often ignored for years. Many times, this is due to the slow nature in which it develops. It often starts as the subtle loss of just some sound or pitches, leaving breaks in the perception of words. However, even a mild hearing loss can affect cognitive function and doubles the risk of developing the risk dementia.

There are several theories as to why hearing loss may affect brain function. One of the most common is hearing loss’s effect on cognitive load. When someone with hearing loss is constantly having to fill in the gaps of sounds within words or words in sentences it causes the brain to work harder. This can make even simple social interactions exhausting and cause the brain to become overworked and perform inefficiently.

The exhaustion which hearing loss causes when socializing can have a devastating effect on a person’s ability to maintain relationships and forge new ones. Over years, a person who struggles to hear often decides it’s easier to avoid social interactions rather than subject themselves to the discomfort, fatigue, and confusion of listening to others with hearing loss. Large groups are particularly challenging for the hearing impaired making them feel disconnected and overwhelmed as they struggle to single out voices in a crowd. Unfortunately, a healthy social life is one of the backbones of cognitive health and preventing decline. However, hearing loss continues to affect many other pillars such as causing chronic stress, depression and causing them to be less mobile and active. Quickly it becomes clear that one health issue can affect many others.

Many theorize that the increased risk of cognitive decline due to hearing loss is due to under stimulation. The auditory cortex is the portion of the brain which processed sounds delivered via the inner ear. Hearing loss most often occurs due to damage to the cells which deliver sound to the brain. Over years, part of the brain which were accustom to processing certain tone’s loose purpose and can cause brain cell and tissue death, causing the brain to shrink.

Maintain your brain with hearing aids

While hearing loss is most often irreversible, it can be treated with the use of hearing aids. We can program your hearing aids to amplify only the specific tones and pitches that you struggle with, while allowing you to hear the rest organically, with your existing hearing. It surprises many how quickly the use of hearing aids daily can reduce communication issues and reduce the cognitive load required to listen and respond to others.

To better understand the effects hearing aids have on those with hearing impairments, study was led by Dr. Helene Amieva, Professor of Psychogerontology and head of the INSERM research group “Psychoepidemiology of Aging and Chronic diseases”. Dr Amieva and team cross examined data from a cohort of around 4,000 volunteers over 25 years and with and without hearing loss and monitored their cognitive health. The study confirmed that those with hearing loss had a higher risk of dementia. However, for those people who treated their hearing loss with hearing aids, they experienced a similar rate of decline as those with no hearing loss at all.

If you are concerned about your hearing loss, don’t let it get to the point where your cognitive health is at risk. Schedule an appointment for a hearing exam today and invest in a better future for you and your family today.